How To Curse in English 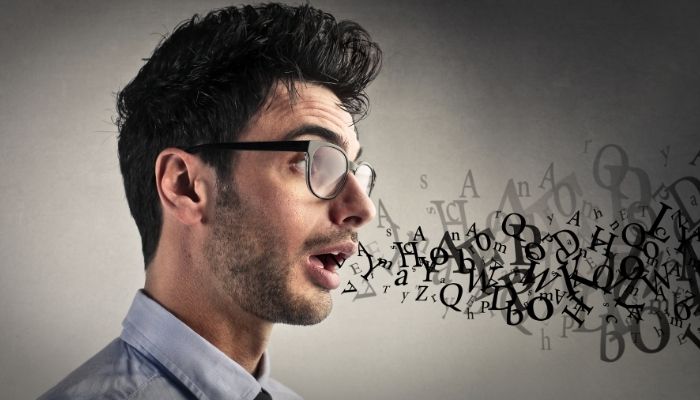 IMPORTANT NOTE: This post may contain material that may be offensive to some people. Oxford Language Club presents this information since it is critical for all people who want to speak English to understand it. We do not however recommend you use any of these words.

HOW TO CURSE IN ENGLISH – THE LOWDOWN

Cursing, or swearing, in English is not a particularly difficult task. Aside from the most well-known words, which are also the most offensive, of “fuck” and “cunt”, the language has a myriad of other “swear words”.

Some of these words may be used in polite conversation but become swear words due to the contextual situation. Further, other words in a sentence may make a word become a swear word.

Examples of the above see words like “balls” – a word in itself not offensive – become involved in a swear word in phrases like “you suck balls”, with balls becoming a euphemism for the male scrotum.

The word suck is an example of where context makes a word into a swear. Slang and a verb for suction, the word is perhaps most commonly used to describe the use of a straw; to suck on a straw. However, if someone else tells you to “suck it”, they’re more than likely not telling you to use a straw. In this instance, the insult is the insinuation of oral sex performed on a male.

You may also hear individuals say a sports team “sucks”. For example, “those Yankees suck!” In this instance, the speaker is meaning the Yankees are one of the two following; a poor team or a team they dislike. “Yankees suck” is a common phrase overheard at the Boston Red Sox’s home ground but is not said because the Yankees are a poor team; Boston has an intense rivalry with the New York side.

There are seven words in English considered to be the “worst” swear words, as in most offensive. Two of these have been mentioned; fuck and cunt. American comedian George Carlin said shit, piss, cocksucker, motherfucker, and tits make up the remaining five of his “seven dirty words”. The usage of tits and piss has increased significantly since Carlin came up with the list in 1972, but the others remain offensive. A common strand between those words are their relationship to bodily functions or sex.  Here are some more swear words commonly used in English:

Fuck could be considered one of the most flexible words in the English language. It can be used to describe a range of emotions; love, lust, pain, anger, surprise, success and failure and many others. Borrowed from German, the word could make nearly every single word in a sentence; “Fuck the fucking fuckers.”

Fuck has become used much more liberally in recent years and, as such, it’s offensiveness has diminished somewhat. Long considered the most offensive, it’s status is perhaps now rivaled by “cunt”. Women, in particular, often find cunt to be significantly more offensive than “fuck”.

Conducting a search for English curse words on YouTube will get you several video results for both pronunciation and written forms of bad Chinese words. By viewing and reviewing the words you are more likely to remember them.

Cue cards are a great technique to use for general language learning. Add swear words, and the process gets that much more enjoyable. Adding visual cues to the bad English words can help you learn them faster. Use white flash cards to memorize your vocabulary words.

Write one new word or phrase on one side of an index card. Place the English translation of the English curse word on the back of the card where you can’t easily see it. Underneath the English word draw a picture that represents the term. This doesn’t have to be a master drawing; a stick figure representation will do. When you finish, you should have between 10 to 20 visual flash cards with the English words you want to learn.

This is also an effective way to learn how to swear in English with a friend so that the both of you can swear back and forth at each other.

English speakers swear just as often as everybody else. The culture of swearing in America and the UK is comparable to that of other nationalities regarding any offense that may be taken, appropriate use, etc. What you’ll find if you begin swearing a lot in English is that anyone who understands you won’t be shy about swearing right back – so when you’re out front of the office going on your tirade, don’t be too surprised if someone across the street joins in on the fun.

Not typically, unless you’re meaning to cause offense by swearing directly at them. If this is the case, they likely will become offended, yell some profanities back at you, and potentially attempt to engage in a physical confrontation.

PUTTING IT ALL TOGETHER

During your English swear word study time, go over each phrase or word, repeating it out loud. If you don’t remember what the vocabulary means look on the back of your cue card to see the English translation. Review the pronunciation by watching the YouTube video, clicking on the pronunciation in Google Translate or listening to your digital recorder. After a few repetitions, while looking through the cards, you’ll remember the vocabulary through both the audio and visual associations. Continue repeating the vocabulary out loud until you memorize it.

As is the case with any language learning journey, repetition is key to success. Use your key cards, practice with a friend, or better yet – do some Skyping with a fluent English speaker. You two can swear at each other like one of you just punched the other’s son square in the face. Bet you never thought learning a new language could be so much fun!

The moral of the story is to just do it. Learn the words. Use the words. Then, expand them in your English vocabulary to cover basic daily interactions and conversations. Practice every day and we promise – you’ll see some fucking results. Need help with practice? Live Lingua has native English tutors available to get you chatting with the best of them.